Message from the KSLIA Chair February 2015

Message from the KSLIA Chair

Members of an organization should share in the responsibility of joining with others to shape the future of the organization. As KSLIA members, we must take responsibility for the fate of our organization, in the end we will rejoice when we take the organization to the next level and achieve the progress that our hearts yearn for. This is what KSLIA leadership has endeavored to do together with those who mean well for the profession.

Consequently, as an office, we may have rubbed some interpreters the wrong way as we execute our mandate BUT let it be clear to all of you that it is nothing personal. It is what the position we are in demands. It requires us to EXECUTE OUR MANDATE even when it doesn’t please everyone as long, as it is the right thing to do. This we will continue to do without fear or favour for the benefit of us all for it is the only way we can achieve the progress we yearn for.

God Bless you all

Kenyan Sign Language Interpreters' Association
Central Business District, Nairobi, Kenya
KSLIA continues to support the establishment of a training program and a certification process for it's membership. KSLIA envisions its role in a three pronged approach - the three C's - Certification of members, Continuing education for the practicing Interpreters and Conflict resolution through enforcement of the Code of Ethics. 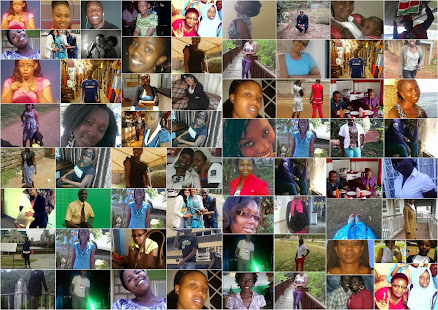 KSLIA Members we appreciates you! every member is valuable. KSLIA endeavors to serve you and listen, for membership and welfare contact us here : KSLIA Membership and Welfare - info.kslia@gmail.com


The meeting began some minutes after 10am.

The meeting began by the current officials giving an update of activities and progress since the registration of the association. It was noted by all present that since the elections in September of 2000 no major activities have taken place except the involvement of members in various forums and activities.

Issues arising – due to the low profile of the association many organizations do not know or recognize the interpreters body. Members present raised concerns about mushrooming of organizations purporting to train, certify and advocate for Kenyan interpreters without involving Kenyan interpreters. Such organization is Deaf AID which is working with KSDC hoping to train and certify interpreters – the members were shown a white paper proposal detailing the agenda of Deaf AID. Members resolved to have the Association write a letter to Deaf AID, the introduction letter will details our objectives and presence. George, Washington together with the Officials to schedule a meeting with Deaf AID. The meeting with Deaf AID was proposed tentatively to be on the 5th of August depending on their availability.

On KSLIA membership it was reiterated that as the by laws states membership is open to practicing interpreters, sign language students and any other interested individuals or organizations. The membership fee is Ksh. 1000, members resolved to look at redefining the criteria for membership and reviewing the current by laws to be clear and concise. On KSLIA office bearers the meeting resolved that the current office bearers remain the same as follows:-
The meeting also resolved that regional representatives be elected to provide contact persons and representation of the regions. The regional representatives were proposed and elected as follows

The new officials were mandated to act on behalf of the association and given the necessary power and autonomy to advance the course of the association. Among the urgent issues to be embarked on by the office bearers include the following: -


Members asked the association to be proactive on notifying it’s members of the current trends, training and conference opportunities.

KSLRP will be organizing lectures on the responsibilities of the interpreters and the dates and venue will be communicated.

Members raised concerns about the variations and discrepancies on the remunerations of packages offered to interpreters for taking assignments. After long deliberations members agreed that the minimum rate per day for interpretation services will be Ksh. 2500. This rate applies to professional services and it is the minimum.


Due to the wanting financial situation of the association members contributed a total of Ksh. 2100 to be used for opening bank account, printing letterheads, etc George and Angira paid their membership fees Ksh. 1000 each. Members resolved to pay up their membership by the end of July.

With no other business the meeting adjourned with the next meeting fixed for the 12th of August 2006.


With no other business the meeting adjourned at 1pm.

This is the official KSLIA blog. It is a forum for information exchange and notice board for all interpreters working in Kenya. Every effort has been made to ensure that the information, links and articles are accurate and verified however KSLIA does not gurantee the correctness of the views expressed below esp. comments or personal views. KSLIA however appreciates any comments, suggestions and questions about it's activities in Kenya, Sign language, Deaf Culture and Interpreting. These can be forwarded to the KSLIA secretariat for further action. KSLIA (c) 2015.

Kenyan Sign Language Interpreters Association (KSLIA) was set up by a group of 20 local interpreters after a training by the first Deaf Education US Peace Corps Volunteers in September 2000. Prior to this training there were several short term trainings conducted by KSLRP/KNAD dating back to 1980s and 1990s. [KSLIA] is an indigenous initiative evolving and strengthening the face of the Interpreting profession in Kenya.

[KSLIA] hopes to improve and elevate the standards of Interpreting in Kenya through the following objectives:
a)To secure official recognition by the Government of S.L Interpreters profession
b)Encourage and promote initiatives in improving the standards of SL interpreting and interpreter training and pay scale of interpreters depending with their level and skills of interpretation through certification.
c)Cooperation with other recognized bodies concerned in the welfare of the deaf and in provision of S.L Interpreters throughout the world.
d)Awareness creation on Deafness and SL. Interpreters through publication of information materials
e)To collect and raise funds for the achievement of goals and objectives through membership fee, subscription, contribution, gifts or donations, commissions and payments, fund raising whether in money or otherwise from both members and non members.
f)To maintain and administer a registry of S.L Interpreters in Kenya, enforce a code of ethics and mediate conflict between the Interpreters and their clients.

KSLIA is working towards the establishment of a training program and a certification process for its membership. [KSLIA] envisions its role in a three pronged approach - the three C's - Certification of members, Continuing education for the practicing Interpreters and Conflict resolution through enforcement of the Code of Ethics.

Between 2006 - 2009 Global Deaf Connection,Deaf Aid, and KSLIA have jointly organized a series of training aimed at developing a process to provide training, certification and continued professional development for Kenyan Interpreters.

2013 - 2014 - KBC, KTN and GBS television stations started having Interpreter insert. St. Paul's University, Technical University, Strathmore University and University of Nairobi begin discussions on introducing courses in Kenyan Sign Language and Interpretation. All as a result of the advocacy of the Kenya National Association of the Deaf KNAD